Fill out the form below and we will be in touch with you as soon as possible.
Thank you! Your submission has been received!
Oops! Something went wrong while submitting the form.

CoolSculpting is one of the most popular esthetic procedures on the scene today, and it’s easy to see why. Considered the gold standard in non-surgical fat reduction, millions of patients have been treated safely and effectively. It is quick, easy, and painless. If you are close to your ideal weight and already live a healthy, active lifestyle, CoolSculpting can help you lose the stubborn, unwanted fat that won’t budge with diet and exercise alone. If you are looking for an expert CoolSculpting provider in the greater Sacramento area, we will welcome the opportunity to see you at Esthetics Center. To learn more about this effective, non-surgical fat reduction treatment, please see the commonly asked questions below, or call our office for an appointment.

WHAT CAN YOU
TREAT WITH
‍

TIME IT TAKES
TO SEE RESULTS

CoolSculpting is a popular, non-surgical, body contouring treatment that targets unwanted fat in localized areas such as the belly, back, hips, and thighs. Using cryolipolysis or fat freezing, this FDA-cleared procedure eliminates fat cells without harming the skin or neighboring tissue, resulting in the permanent reduction of fat cells. One treatment generally takes less than an hour, and there is no downtime.

HOW DOES COOLSCULPTING WORK?

CoolSculpting freezes your fat, causing the body to metabolize the frozen fat cells over several weeks -- a process called cryolipolysis. It was first discovered by a doctor who noticed that children who ate high amounts of popsicles had less fat in their cheeks. He applied this same idea to body fat, created the first CoolSculpting device, and now, years later, millions of people have had their lives changed with this non-surgical, permanent fat-reduction procedure.

The CoolSculpting process consists of two parts -- a consultation and the procedure.

At your consultation appointment, we'll create a customized sculpting plan tailored specifically to your goals and your body. We'll discuss a treatment plan that will help us achieve your desired results and the overall cost. At the end of your consultation, we'll schedule your treatment.

On the day of your CoolSculpting procedure, we'll mark the areas being treated according to the plan we made at your consultation. A protective gel pad will be placed over the treatment area, and the CoolSculpting applicator will be applied. In some cases, we will be able to “DualSculpt” two areas at one time with the use of a second machine, reducing your overall treatment time.

When the CoolSculpting machine is turned on, your skin and fat will be suctioned into the applicator and cooled to -10℃/14℉. At the end of the treatment cycle, we will remove the applicator and massage the area to help the body begin the natural process of breaking down the dead fat cells. The session itself lasts for 35-75 minutes, depending on your treatment. If you have several areas you'd like to treat, we can treat many of them in one day.

WHAT AREAS CAN YOU TREAT WITH COOLSCULPTING?

Many people have unwanted fat in areas such as the belly, thighs, beneath the chin, or a host of other places regardless of age and lifestyle. Diet and exercise can be effective, but for patients within 20 pounds of their ideal weight but still frustrated by stubborn areas of fat, CoolSculpting delivers fantastic body contouring results in the following areas:

AM I A CANDIDATE FOR COOLSCULPTING?

You're a CoolSculpting candidate if you have squeezable, unwanted body fat. Having too much body fat can make you a liposuction candidate and not a CoolSculpting candidate. CoolSculpting works best for "problem areas," not for global body-fat transformation. Patients who report the highest satisfaction with their results typically have a Body Mass Index (BMI) below 25, but at least ⅔ inch of squeezable fat in one of the treatment areas listed above. Suppose you are interested in exploring one of the many-body contouring treatments such as CoolSculpting, liposuction, or tummy tuck surgery. In that case, we will welcome the opportunity to schedule a consultation in our office and discuss the pros and cons of each procedure.

CoolSculpting is one of the most popular esthetic treatments in the world, with over 9 million patients worldwide and a RealSelf score of 83% Worth It. It has been scientifically studied dozens of times and is proven to be effective and safe in removing stubborn unwanted fat cells, offering long-lasting results in each study. Patients generally see up to a 20-25% reduction in visible fat within 30-90 days, although patients with a higher Body Mass Index may need additional treatment sessions to achieve desired results. Those who maintain a healthy lifestyle and do not gain excessive weight will enjoy permanent results. The best part about CoolSculpting? There is no surgery required!

CoolSculpting is not a treatment for either cellulite or skin laxity. By reducing the amount of visible fat, you may notice an improvement in dimpling, but CoolSculpting will probably not notably change the texture or appearance of your skin.

As with all esthetic procedures, it is important to consult with a trusted provider to ensure you have realistic expectations of the outcome. We've treated hundreds of patients, and they continue to be our most common referral source. Additionally, many of our patients start with just one treatment area (typically their stomach), and after they see their results, they come back for their thighs, flanks, and double chin.

CoolSculpting typically does not hurt. Most patients describe a cold, tingling sensation for the first 5 minutes of the treatment until the area goes numb. After that, they tell us they can hardly feel the treatment while it's happening. Following treatment, typical side effects include temporary numbness and mild swelling, firmness, redness, or bruising of the treatment site for a few days. Many of our patients bring a laptop and work during their treatments or settle in for a Netflix marathon on the TV in the treatment room. Whatever you end up doing during your procedure, there's one thing we know for sure -- losing fat has never been easier!

YES! CoolSculpting is a fat-reduction treatment method that permanently reduces the number of fat cells through cryolipolysis or fat freezing. After your treatment, your body will naturally excrete the dead fat cells, and you will notice results in 30-90 days.

HOW MANY COOLSCULPTING SESSIONS DO I NEED?

We typically recommend 1-2 sessions per treatment area, spaced 30-90 days apart. Results are cumulative, so the number of sessions will depend on the patient’s desired results.

CoolSculpting is not a weight-loss procedure, but it is very effective for body contouring. Patients who are close to their ideal body weight but still feel unhappy with stubborn problem areas of unwanted fat are the best candidates for CoolSculpting. If you are interested in exploring other global fat reduction procedures, we would love to schedule a consultation and discuss other options with you.

If you are interested in learning more about the pros and cons of CoolSculpting, check out this helpful blog post!

CoolSculpting offers permanent fat-reduction for those who are close to their ideal body weight. It is non-invasive and comes with no downtime. However, it cannot address loose skin or tightening of the abdominal muscles. A tummy tuck will deliver a more impactful result for those who have had excessive weight loss or changes in their body due to pregnancy. But it also comes with the additional risks associated with surgery -- general anesthesia, an incision to care for, and weeks of recovery.

CoolSculpting is ideal for those who have stubborn problem areas of fat that do not improve with diet and exercise. It is a safe and effective body contouring treatment, which delivers proven permanent and visible results. Liposuction is a more appropriate treatment if you have larger areas of fat to address. With liposuction, results tend to be more predictable and achievable in one session. Our staff is well-versed in the differences between these two procedures and would welcome the opportunity to provide a consultation if you would like to discuss your goals.

CoolSculpting uses cryolipolysis to freeze and kill fat cells. SculpSure laser treatments use heat to achieve the same. However, CoolSculpting is the most used treatment for non-invasive body contouring, so it is better established, more studied, and more proven in its results. RealSelf users rate CoolSculpting satisfaction about 15 points higher than Sculpsure, with approximately five times as many reviews.

AFTER
VIEW MORE BEFORE AND AFTERS

WHAT PEOPLE ARE SAYING ABOUT ESTHETICS CENTER

I had a wonderful experience with Doctor Rice and his staff. I had some anxiety going into surgery but his staff was so caring that it made the experience wonderful. He is very talented and knowledgeable about the procedures his office offers. You will not be disappointed.
Stephanie B. 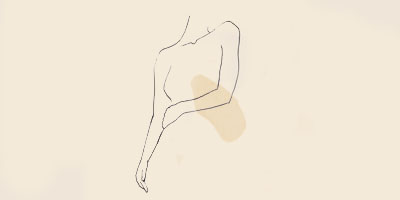